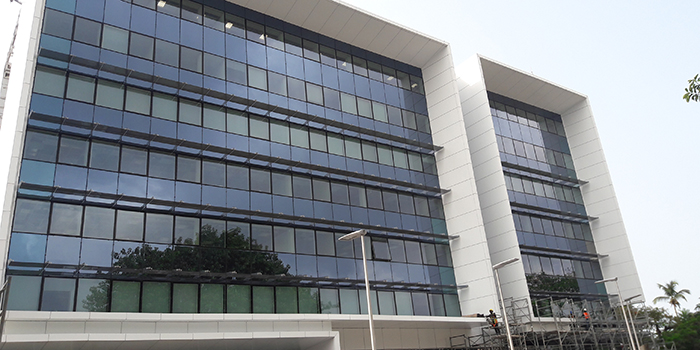 Sogea-Satom (VINCI Construction International Network) handed over Bolloré’s new headquarters building in Cotonou on 1 March 2017. With a surface area of 5,800 sq. metres over six storeys and an underground parking level, as of early May 2017 it will accommodate over 160 Bolloré employees on the top three floors, the other levels being occupied by television company Canal+.
The contract involved the construction of the building on a general contracting basis as well as various external works. The main technical difficulties facing the project, located in the port of Cotonou, were posed by the foundations having to be built in sandy coastal soil, the confined worksite and the tight timescale (18 months + two months for supplementary works).
Also involved in this project, implemented in accordance with French construction standards, were Sogea Maroc (design and planning) and LSE (electrical systems) as well as subcontractors from Benin (installation works).
Contract value: €14m.